It is sometimes said that we don’t always see or appreciate beauty. Equally one might add that that is in the gift of the beholder. Be that as it may, and speaking as a humble but earnest scribe, even those of us with limited capacity to appreciate the world of visual art, can be struck sometimes by its composition of colours, particularly when questioned by the elaborate art that is stained glass windows. The elaborate manifestation of what amounts to the kaleidoscope of creation contained in the work of Harry Clarke leaves even the uninitiated impressed. This humble overview briefly looks at the life and times of the man with samples of his work included. Interestingly the art of Stained Glass window making, going back to the medieval period, had all but been lost by the beginning of the 16th century. Artists from the Low countries were however producing windows by “ painting pictures in enamel on white glass”, according to Lesley Whiteside. Clarke was the continuation of a noble art.

Regarded as Ireland’s foremost master in the art of stained glass creation, Harry Clarke’s work is indeed renowned by people who seek excellence in this particular field, one could argue. Dogged as he was in his short life through ill-health he none the less achieved a considerable amount and his name is etched in the higher echelons amongst those who appreciate Visual Art. The historian Raymond J. Mc.Govern pays tribute to Clarke in his reflections on his life and work. He compares him favourably with Tiffany and Burne- Jones. McGovern remained until his death a life-long admirer of the artist.

Clarke was born in Dublin on March 17th 1889. The family had just moved to a spacious residence at 33. Nth. Great Frederick Street at the back of which was a space converted as a studio for his father Joshua. The young boy learned the finer arts from his father but soon showed great potential. Initially he attended The Model School in Marlborough Street and later Belvedere College located nearby. It was in 1905 following the death of his mother from Tuberculosis that he left Belvedere and enrolled in the Metropolitan School of art in Dublin. He continued to work with his father in the interim. 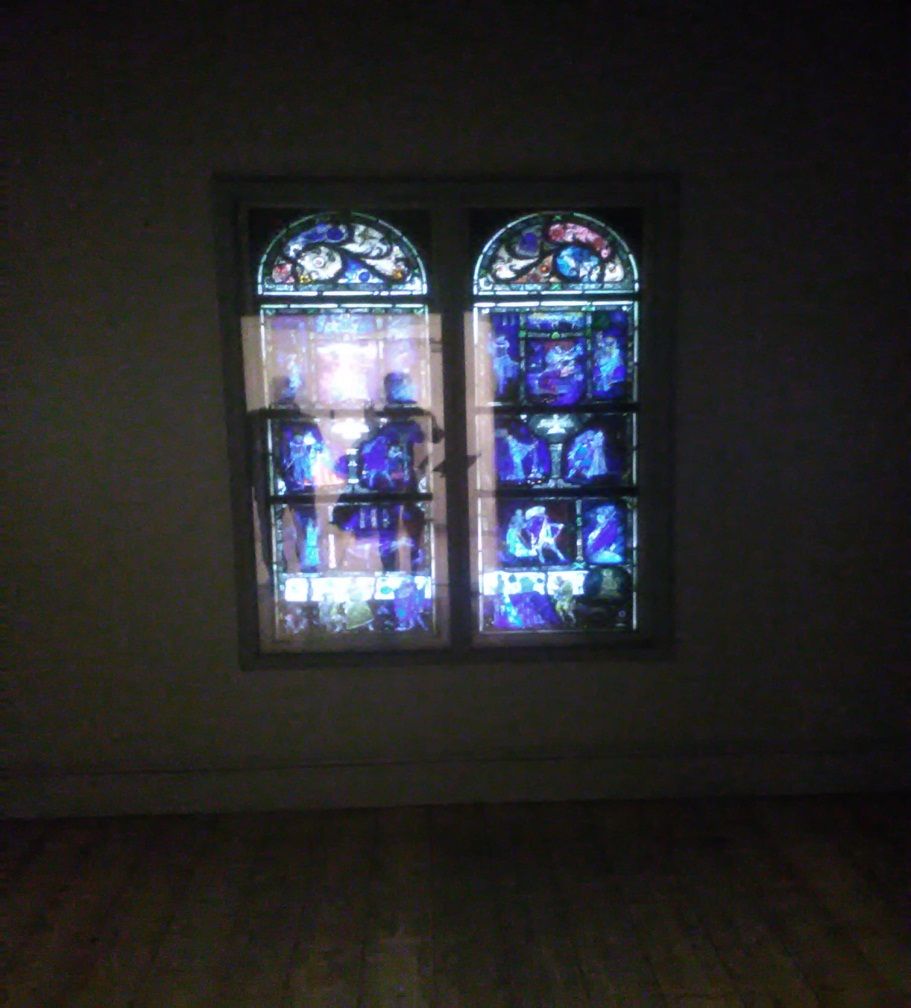 His early promise achieved recognition when he was awarded The Gold Medal by the Board of Education in 1912, according to Dowling (1962). This recognition brought him to the attention of notable fellow artists such as William Orpen, the famous painter. It was during his stay at the Metropolitan School of Art that he met his future wife Margaret Crilly who would later achieve status as a portrait painter as Margaret Clarke, R.H.A. Other notable fellow students at that time were: Willie Pearse, brother of Padraig, who was executed for his part in the Rebellion of 1916 and Grace Gifford who would marry Joseph Plunkett on the morning of his execution.

Having won a scholarship in 1913 awarded by the Board of Education brought him to the rarefied artistic world of Paris. The magnificent windows at Chartres Cathedral left a lasting impression upon him Dowling (1962) continues. Clarke is also remembered for his book illustrations and his early entry in this arena was in his student days when he submitted samples of his work to Harrup’s of London.
So impressed were they that they gave him a commission to illustrate in a special edition of Edgar Allen Poe’s “Mystery and Imagination”. This led to him receiving a further commission to illustrate in “Fairy Tales” by Hans Christian Andersen, among others. His gift apparently was that he could immerse himself totally in identifying with the subject matter which manifested itself in bringing to life his creations with the utmost extravagant use of colour, complimented with creative genius. He is perhaps also remembered for his nonconformity if you would with the tried and trusted portrayal of religious settings to which he brought an experimentation of interpretation.

Indeed, his first major commission where he was afforded the opportunity to showcase his artistry was at St.Finbar’s church in Cork. The Rev. Sir John O’Connell it was who tasked him with making eleven stained glass windows for the church. Following on from this O’Connell published a book entitled ‘The Collegiate Chapel, Cork’ in which according to Dowling (1962) he gives oxygen in trumpeting the work of Clarke’s famous windows. This was the event that brought Harry Clarke’s work to wider recognition and established him as a Stained Glass artist of distinction, Dowling ( 1962) opines. However, Dowling (1962) also alludes to the fact that Clarke’s journey on the road to artistic distinction wasn’t an easy one. He makes the point that Clarke’s “style of design was new in the realm of Sacred Art” and would prove contentious. 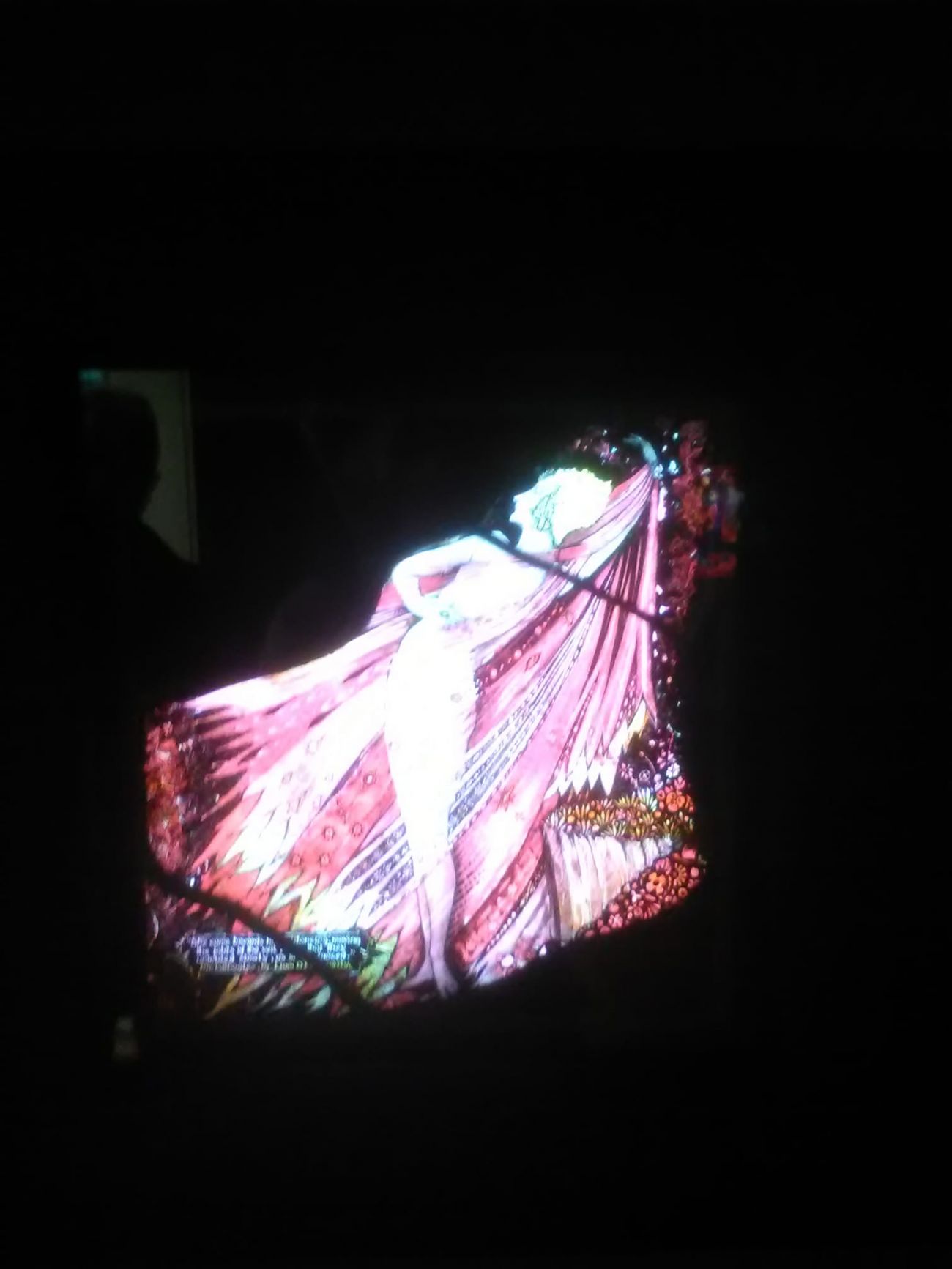 The Gilhooley Panel which we feature was the cause of some controversy, if you would in 1925. The Irish Free State was determined to make a favourable impression with the League of
Nations. However, the theme of Clarke’s work didn’t pass the test of the Censorship Board and it ended up elsewhere, according to an article covered by News Four in 2019. As Bowe and Mulcahy (2002) outline, the president W, T, Cosgrove wasn’t impressed by its content. The window was essentially left to its own devices while a decision as to its destination was left in abeyance. It was alas after the death of Harry Clarke in 1931 and seeing that indecision was followed by indecision that Margaret decided to purchase the window herself.

Other recognition that Clarke received was by way of being afforded prizes at the Art Exhibition held in Balls Bridge in 1922 and his work was also acclaimed at the 1924 Aonach Tailteann (The Fair of Tailteann) when he was awarded gold and silver medals. The Tailteann Fair was an attempt by the new State to revive an old ceremony that had its origins in ancient Irish tradition. He is also associated with the term Celtic Revivalism in that the new State was also anxious to establish its credentials in a Gaelic Ireland; one that encapsulated the art form in all its manifestations. Whether Clarke regarded himself as being part of that revivalist movement that might be ascribed to: Yeats, Joyce, Lady Gregory and so on, is open to interpretation. In comparing his work with other Stained Glass artists, Dowling (1962) offers the name of Evie Hone who also hailed from Dublin and who equally became established in her own right. However, any comparison might be inappropriate but that again is in the gift of the beholder. What perhaps isn’t contentious is the fact that the great aesthetic creator died too young. He died on the 6th January 1931 at the tender age of 42 years. He had spent some time abroad convalescing in battling ill-health but it is suggested that he was attempting to return home when he alas met his end. He is buried in Coire, Switzerland. 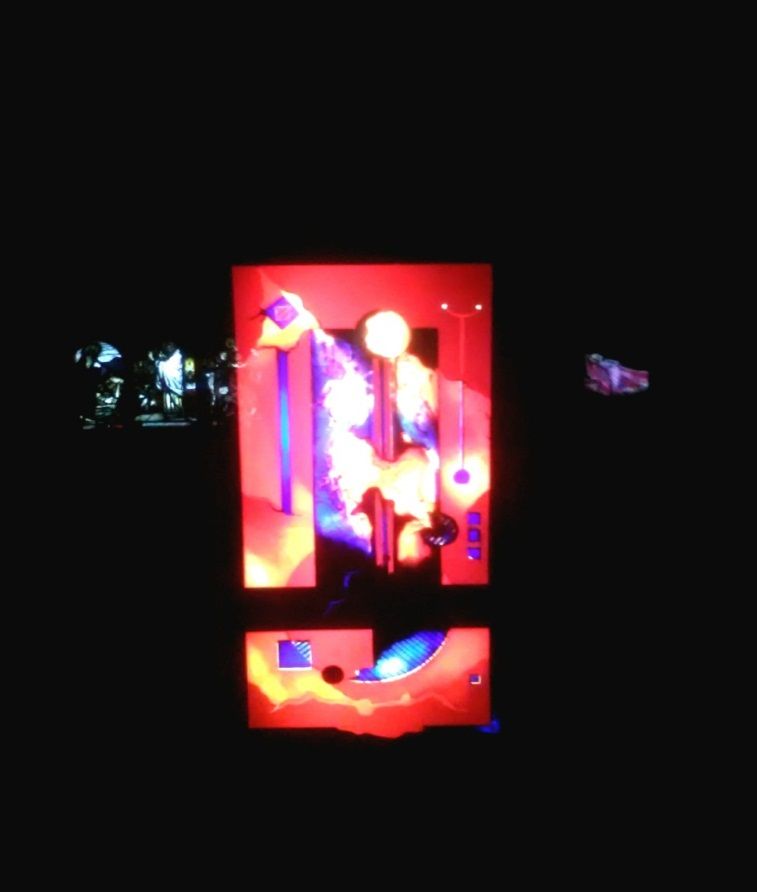 Today, Harry Clarke’s work can be appreciated dispersed as it is throughout his native city and further afield both in Ireland and in the UK and as distant as North America and Australia. Coffee affeciendoes can sip from a cup of their favourite brew whilst admiring samples of his work at Bewley’s in Grafton Street, Dublin, where his windows add to the ambience of elevation. At the Hugh Lane Gallery on Parnell Square, literally a stones throw from what was the family home, his work holds audiences of altruistic persuasions and none, in awe. While his father hailed from Leeds, Harry has become common coinage in the corridors of artistic consciousness and as a darling of Dublin. An associate and friend of Clarke’s put it most aptly, and I quote: “He might have incarnated from the dark side of the moon.
Harry Clarke is one of the strangest geniuses of his time.”
George Russell (AE) The Irish Statesman 1929.