During a recent visit to Cork City Gaol we heard of and witnessed the kind of conditions and punishments that inmates of the jail would have had to endure. From the lowly to the not so lowly. The prison opened in 1824 but is today a visitor attraction. People were interned here for what would be considered today as less than petty transgressions. Amongst that number was one Constance Markievicz who was recorded here as one of its residents in 1919. This lady already immortalised for her part in the Rebellion of 1916 would shape the role that women would play in the Ireland that emerged after the War of Independence and indeed the Civil War. Her crime was that she gave a speech that was considered seditious. 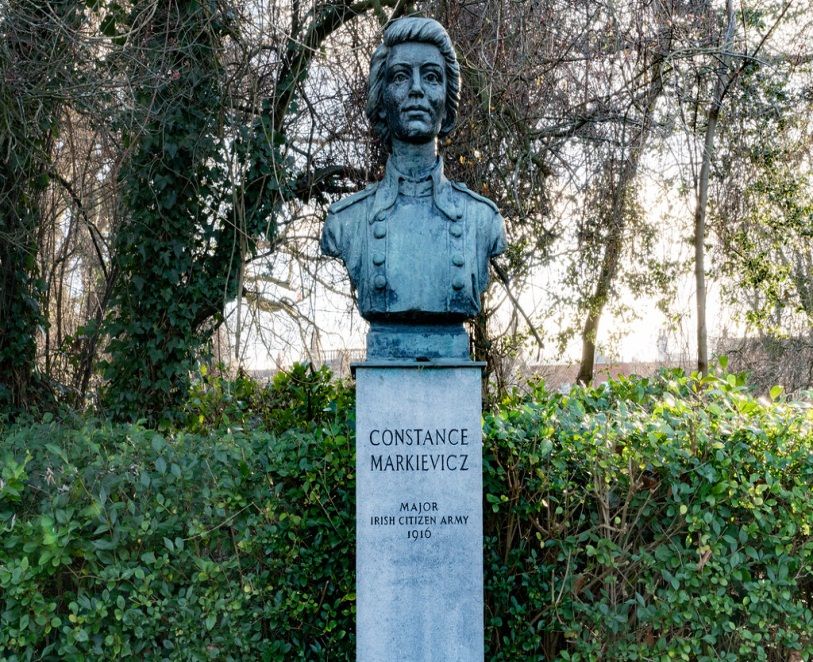 Constance Georgina Gore-Booth was born in London in 1868. From a privileged Anglo-Irish background Constance would change direction in her life and thread the Revolutionary path in Ireland’s struggle for Independence. Indeed she became one of the leading lights in the after math of that turmoil and established her credentials in the political mainstream and the subsequent mayhem that ensued. She is best remembered by the moniker of Countess Markievicz having married the Polish Count Casmir Markievicz in London in 1900.

Her socialist tendencies can be perhaps associated in no small manner with her sister Eva and indeed her coming into the sphere of people like James Connolly, James Larkin and Bulmer Hobson. She would later turn her back on the finer things in life to fight for the cause of the poor. She would swop the lavish balls and finery associated with evenings at Dublin Castle for the rights of the occupants of the tenements and the underprivileged. 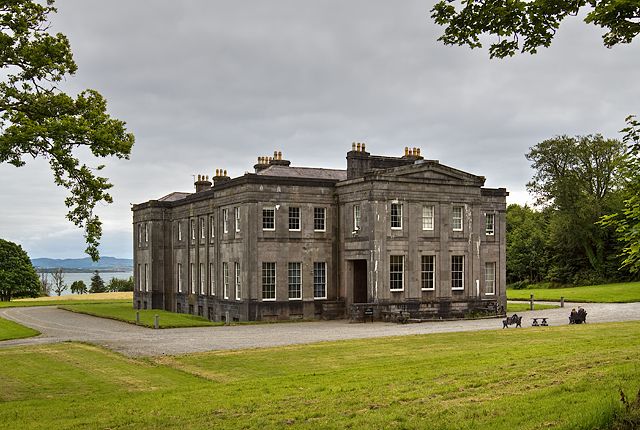 But what is often forgotten when we look back on the life of this lady is her role as a workers champion and the role that both she and her sister Eva Gore Booth played in the feminist movement if you would. This particular path and the right of women to work in Public Houses brought her into conflict with one Winston Churchill by all accounts. This incident arose as the result of a Bill introduced by MP George Gooch in 1908 which in effect was to abolish the role of barmaids in pubs. Remember this was early 20th century when poverty was perhaps even more prolific than it is today. Working in public houses was one of the few options open to women at that time and employed thousands in the industry as a consequence. The Habitual Drunkards Act of 1879 had already been introduced to try to curb the social ills stemming from the abuse of alcohol. When the UK government of the time introduced this new law it enabled local magistrate the power to enact a stipulation within the new legislation that had the result of condemning women to the Industrial scrapheap.

This came about as a result of the fact that a sizeable number of women worked as barmaids in the industry and because the demon drink was seen in the early 20th century as a source of serious social unrest both in Britain and Ireland. An interesting insight into this scenario is illustrated by an excerpt from a Journal Article ‘In Defence of Barmaids’ the Gore-Booth sisters take on Winston Churchill’ as alluded to by Sonja Tiernan (2012).The added allure if you would of the pub was seen by some as the ladies who worked behind the bar thus enticing the customer to spend their money. Churchill had been appointed as president of the Board of Trade in England. As per procedure he had had to resign his seat and was running for re-election.

During a political rally in Manchester at which Churchill was expected to romp home in the upcoming election the sisters drove a horse and four over his political ambitions at least temporarily; this despite the fact that Churchill swopped political allegiances at that time. It was Eva who set up The Barmaids Political Defence League. Together it appears the sisters were quite a formidable act. They had made their mark and Constance by all accounts spoke with great determination at that event. At this time Constance also became acquainted with Maire Ni Shuibhlaigh a leading light in the setting up of Inghinidhe Na hEireann- The Daughters of Ireland. But more and more she was immersing herself in the Nationalist cause and while some touted for Home Rule her focus would be on total independence from England. 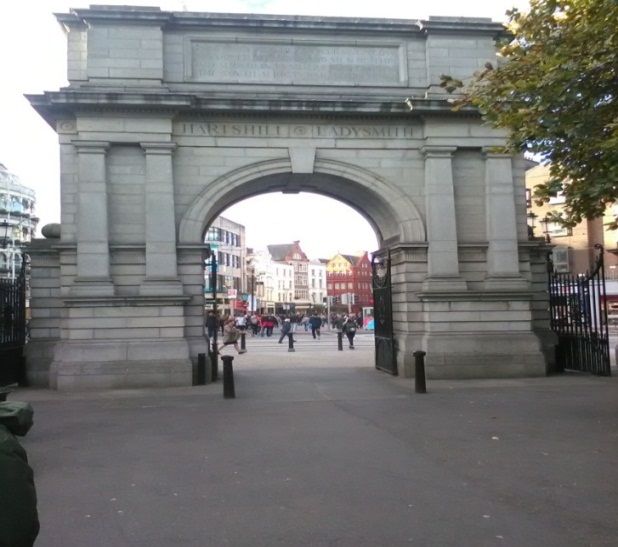 During the 1916 Rebellion Constance was one of the luminaries in a position of authority when as part of the garrison of volunteers they took over St. Stephen’s Green on Easter Monday. A policeman who later came on the scene was by all accounts shot by Markievicz. While the area that this event took place is disputed the end result was that the policeman would succumb to his injuries. The volunteers would later abandon their positions from the Green and took over the College of Surgeons. It was on the 6th day of the Insurrection that the volunteers surrendered to British forces on receipt of Padraig Pearse’s instructions. Markievicz with others would later be taken to Kilmainham jail and was sentenced to be executed. This would later be commuted to Life in Prison.

She was later transferred to Aylesbury prison in England where she was incarcerated for fourteen months before being released under an amnesty. Shortly after her release she was arrested again. Then in 1919 while in Cork she was arrested for making a seditious speech and was sentenced to four months hard labour to Cork City Gaol. In September 1920 during the War of Independence she was sentenced to two years hard labour but released in July 1921. She had been opposed to the treaty with England and aligned herself with Eamon de Valera. In November 1923 she was arrested again and went on hunger strike before being released after about a month. It is probably fair to remark that these periods of incarceration over time would have a detrimental effect on her health. 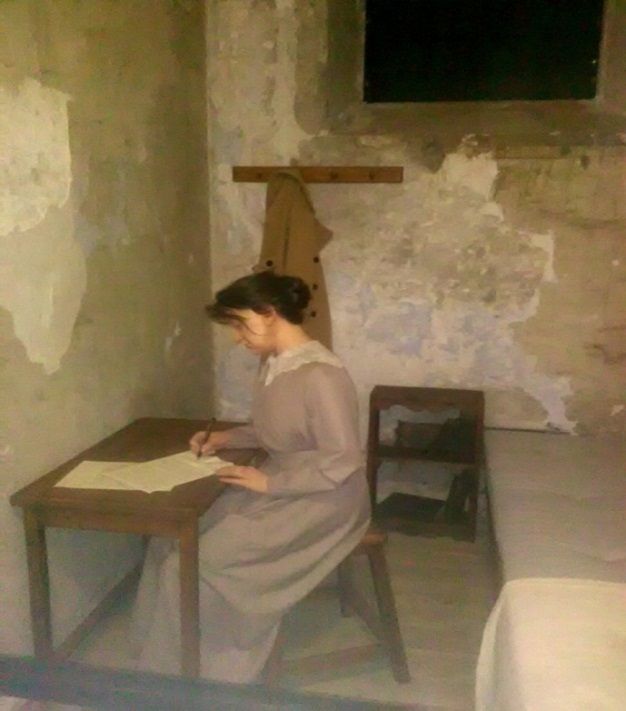 In later life and by all accounts she would bemoan the fact that a true Irish Republic had not been realised and she became disillusioned with politics. All of this combined with her numerous incarcerations led to her early departure from the stage of life that she had trod and she left her unfinished dreams in hope perhaps to further generations of her adopted people. She passed away in 1927 at the tender age of 59. She died in a public ward in St.Patrick Dun’s Hospital having afforded herself the title of pauper. She had long relinquished her wealth by all accounts.

Tributes that apply to her are many: She was a Suffragette, the first woman MP elected to the British parliament and First Dail and the leading light in the setting up of Fianna Eireann for boys whose members would be trained in the use of firearms and without whom Padraig Pearse is quoted as saying “that the Rising would never have taken place”. As a nationalist and socialist and for equality for all of the people she will be remembered. Her name still resonates with the voices of those who have striven for a fair and just Republic. She had her critics but also perhaps the admiration of so many. With an extract from a piece she wrote while entombed in Kilmainham jail the curtain closes.

In Kilmainham (an extract)