Luke Chaloner and The Smallest Cemetery in Dublin

When we embark on that final journey from this world to where ever, some among us will have made provision for that eventuality. For those with the financial largess, a fitting place of rest may be their desired choice or in contrast some will have opted for the more conventional mechanism of touch-button technology that dictates how we exit the theatre of life. In whatever fashion we choose the hope is that it might reflect to some degree the contribution that we have made, or simply to recall the existence of the exalted or the more humble among us. Visiting graveyards or cemeteries is still the established method of honouring the departed. Taking part in the pilgrimage of piety is a commemorative and reflective indulgence in perhaps remembering while for others it may be to satisfy ones appetite for historical enquiry. 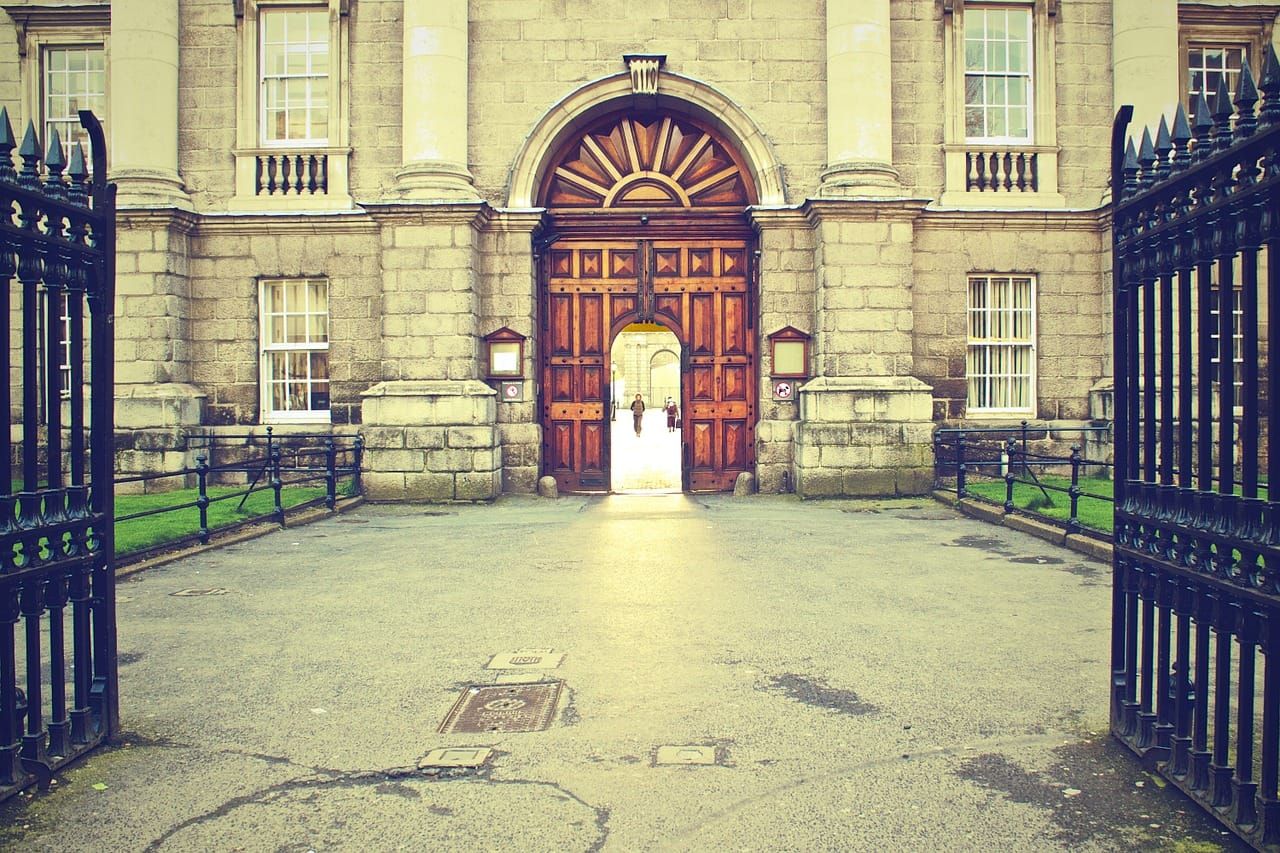 The latter was the case that brought me to revisit what some scribes refer to as ’the smallest cemetery in Ireland’. Entering the hallowed grounds of Trinity College in Dublin, and when you consider that the oldest university in Ireland plays host to the smallest cemetery in Dublin, then you might be of the view that there is a certain irony in that. However, it might be disconcerting for some to find that Challenger’s Corner as it is known, shares a somewhat secluded spot in the company of the that dreaded invention of modernity, the all-pervasive Banking ATM machine. But perhaps it is worth reflecting on the words of one past alumni of the University, a certain Oscar Wilde, whose words might be most appropriate. Indeed most telling might be: “It is better to have a permanent income than to be fascinating”. While the establishment of the University is always associated with England’s queen Elizabeth it is to Chaloner who some might say was the real driving force behind its establishment. 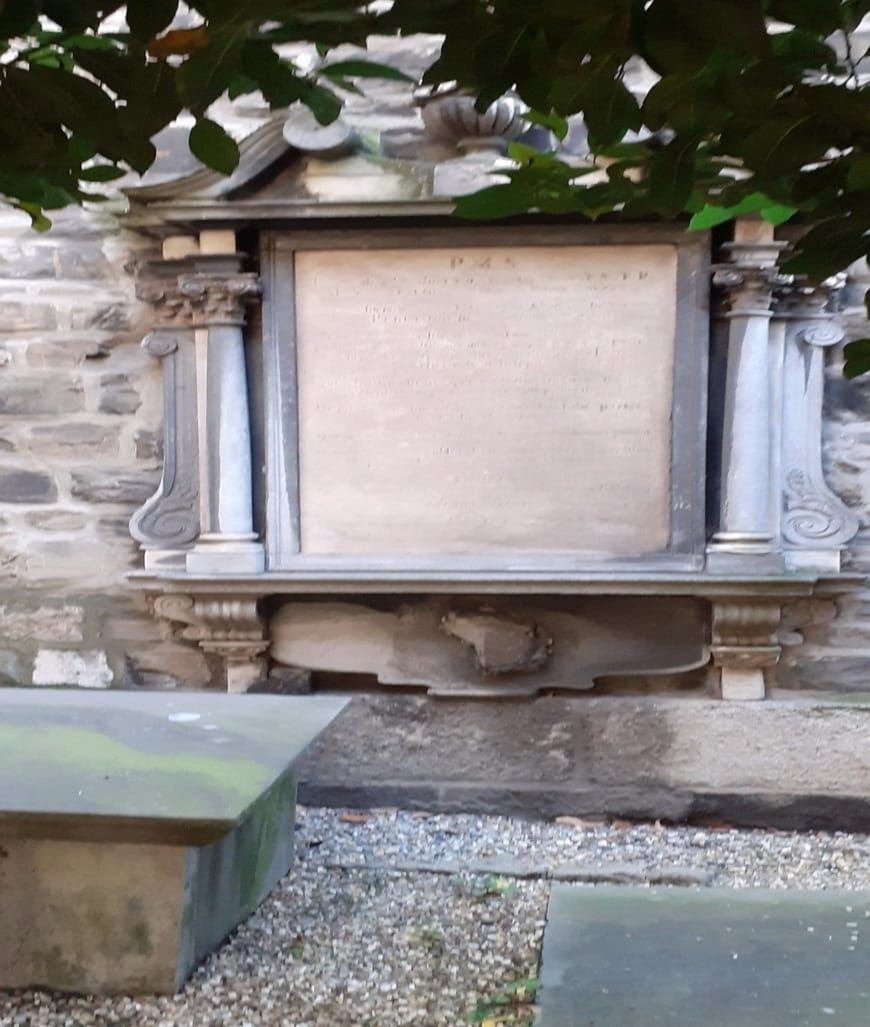 Luke Chaloner was the first vice- provost of Trinity and would indeed be a major force in providing and contributing to the establishment of the University’s library particularly in its formative years when monies were in short supply. Indeed he was perhaps the chief negotiator with Queen Elizabeth in securing the lands on which the University is sited. And what is a University without a library. Indeed he contributed a large amount of books from his own collection and established connections in England that would prove productive in supplying the University with copious amounts of reading material. We cannot let the occasion pass without a mention of one Dermot McMurrough who established the monastery of All Hollows here back in the 12th century.

Many luminaries have attended and graced the precincts of Trinity, amongst them: Wolfe Tone, Oscar Wilde, former president Mary Robinson, Jonathan Swift, Mary Lou McDonald to mention but a few. Chanoler upon his death on the 27th April 1613 was buried in the old College Chapel. However, upon the demolition of the old chapel in 1798 it was deemed appropriate to site Chaloner’s memory in this unedifying corner of the College. Exposed to the elements as his memory is it is further put upon one might argue with the siting of a monetary sentiment that of the aforementioned ATM.

Such is progress or so they tell say. Having passed through the portals of Trinity myself albeit fleetingly, I will resist the temptation to use the financial facility of functionality out of respect. For cemeteries no matter how small lend to an atmosphere of reflection. Reflecting on Chaloner and his connections with the University one is reminded that the library still benefits from the fact that they receive a copy of every book and periodical published in the UK and Ireland. And so irrespective of one’s thoughts on Trinity and its historical legacy it is none-the-less a fascinating tale to find a founder sharing a space with a financier. 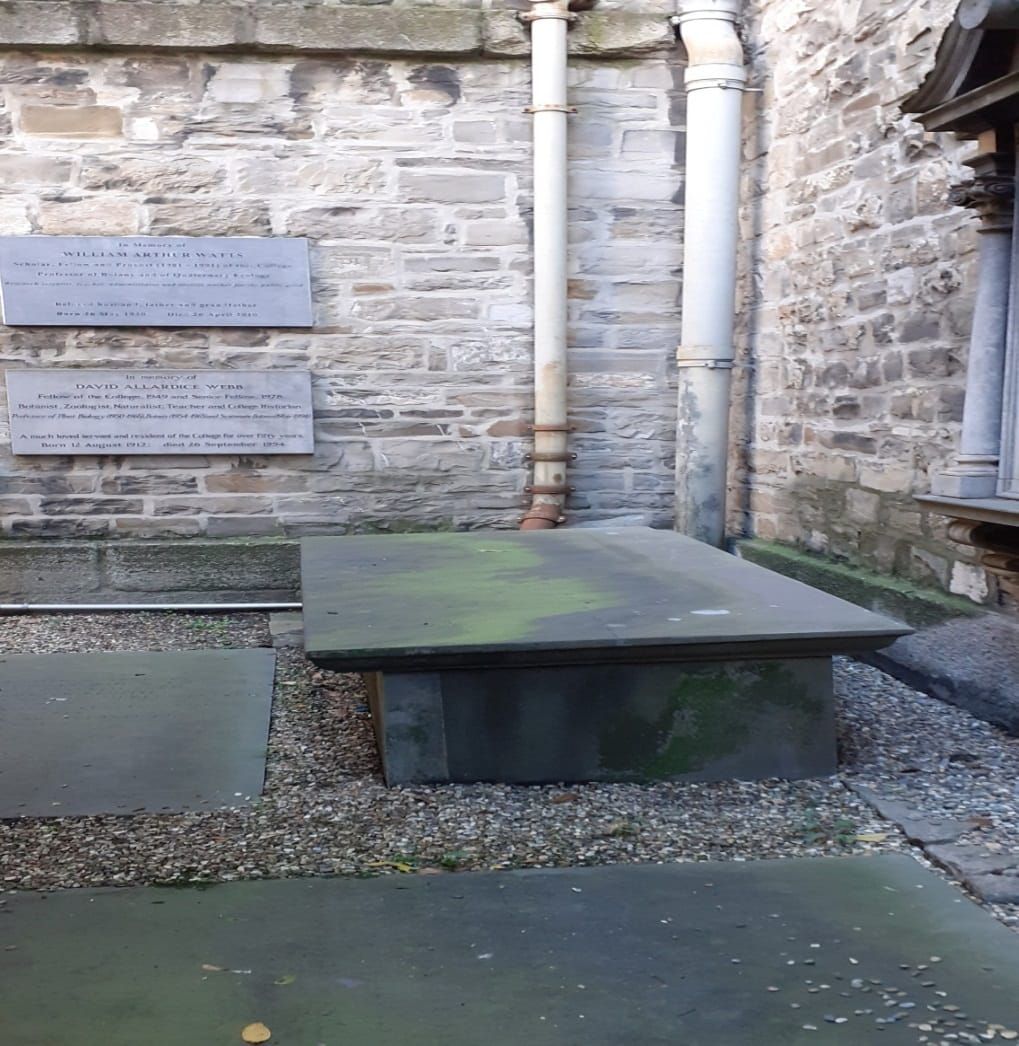 Dublin is full of strange tales, eccentrics and funny anecdotes not to mention huge historical players that shaped to some degree, for good or bad the country and the world that we live in. The smallest cemetery in Dublin tucked away beside an ATM machine in Ireland’s oldest university has to rank amongst one of its oddities. How relevant or irrelevant that may be perhaps you can decide.