St. Brigid, Faughart and the King of Ireland

The feast of St.Brigid is just upon us as we welcome the advent of spring. Imbolg, as it’s also called is still remembered with great reference particularly by older generations who still hold her in great esteem. Within the pantheon of Irish saints she ranks only second to St. Patrick. Born in the area of Faughart in County Louth in 450 AD approx. she would go on to devote her life to God and answering the needs of the poor. Her mother is attributed with having steered her on the path to Christianity. Many miracles were attributed to her and she is also known as ‘Mary of the Gael’. She is also remembered in County Kildare where she established a nunnery. 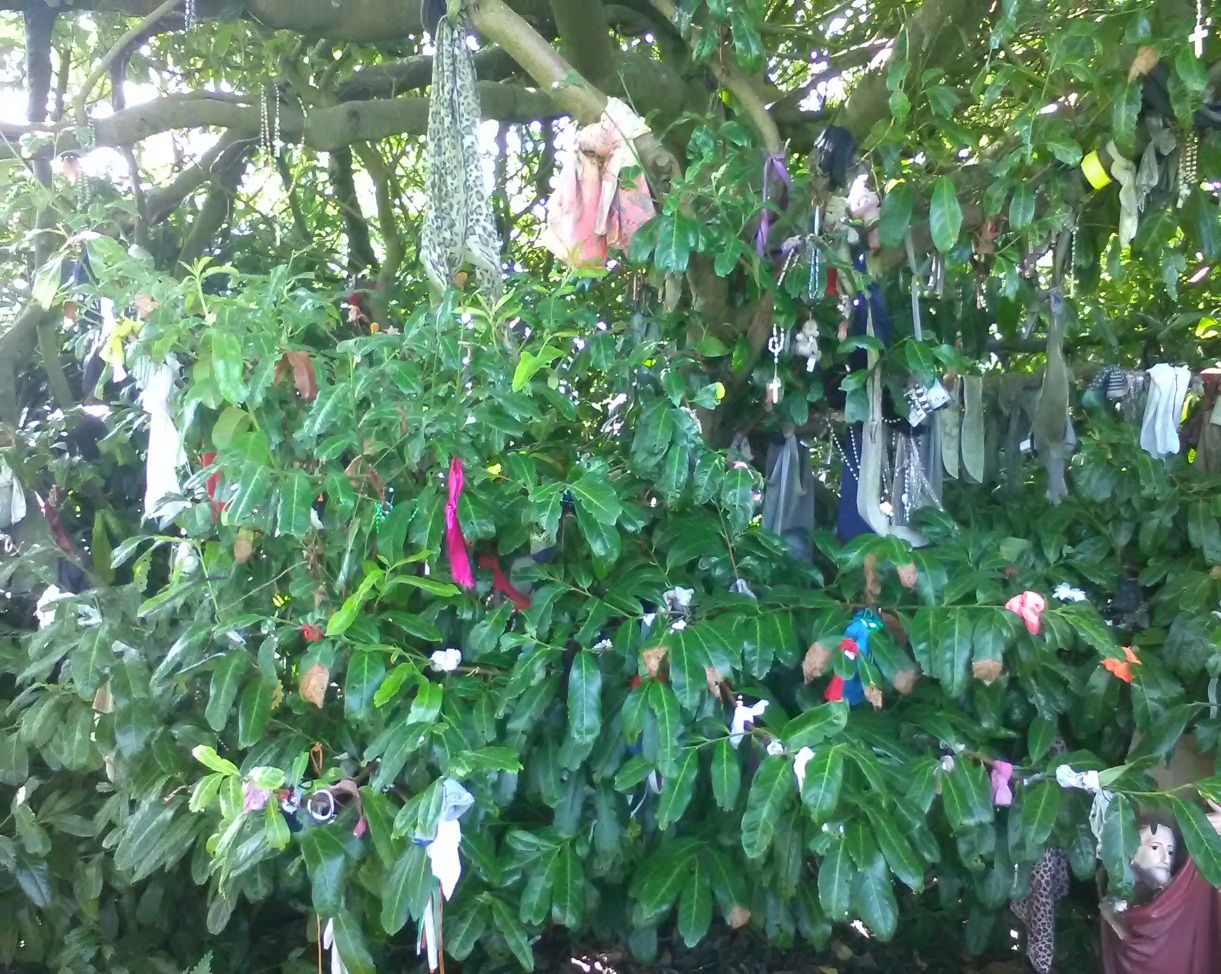 It was a tradition in many households in Ireland to have a St.Brigid’s Cross directly over the doorway of a dwelling. This was to protect the inhabitants from fire, poverty and evil. The story of its origins relate to the story that Brigid was called to the deathbed of an old man, who turned out to be her father. It is said that while showing great compassion and devotedness to her father she made the cross from some reeds, explaining to her father the significance of the cross. He is said to have been so taken by Brigid’s sincerity that he converted to Christianity prior to his death. She also it is said established the first nunnery in County Kildare. Not far from the Shrine to St.Brigid at Faughart one can also visit the Hill of Faughart which contains many relics from the past in the old graveyard. It also has other historical connections for it is here on this site that lie the remains of Edward de Bruce, the King of Ireland, and a holy Well dedicated to the Saint. 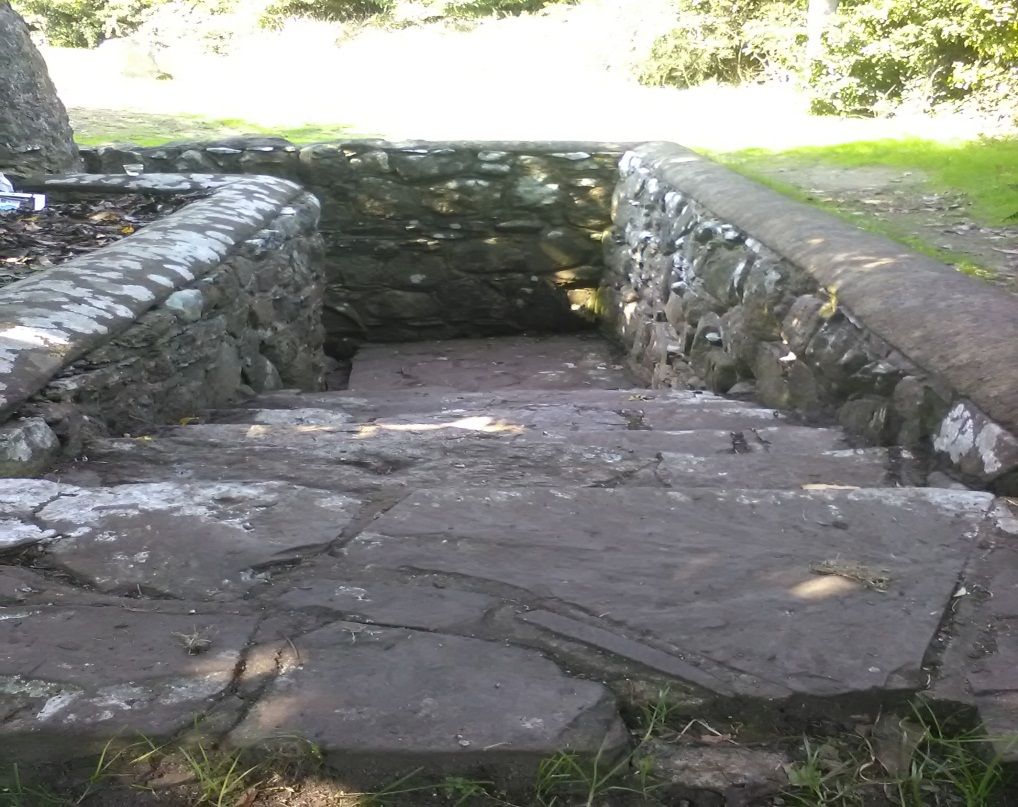 The beautifully kept Well which lies at the back of the graveyard is very impressive with a descending stairs leading to the sustenance of life. There one can partake in the ritual of spiritual refreshment. Relics and keepsakes or mementoes of family and friends or just offerings to ones beliefs, lie or are affixed to nearby trees, while still more stand forlornly against the elements in overgrown vegetation.
As one takes time out to reflect we hark back to the time of this woman who was also known for her generosity. The fact that this might have incurred the wrath of her father as oft times it was his wealth that she dispensed to the poor, was the cause of some annoyance to him apparently. 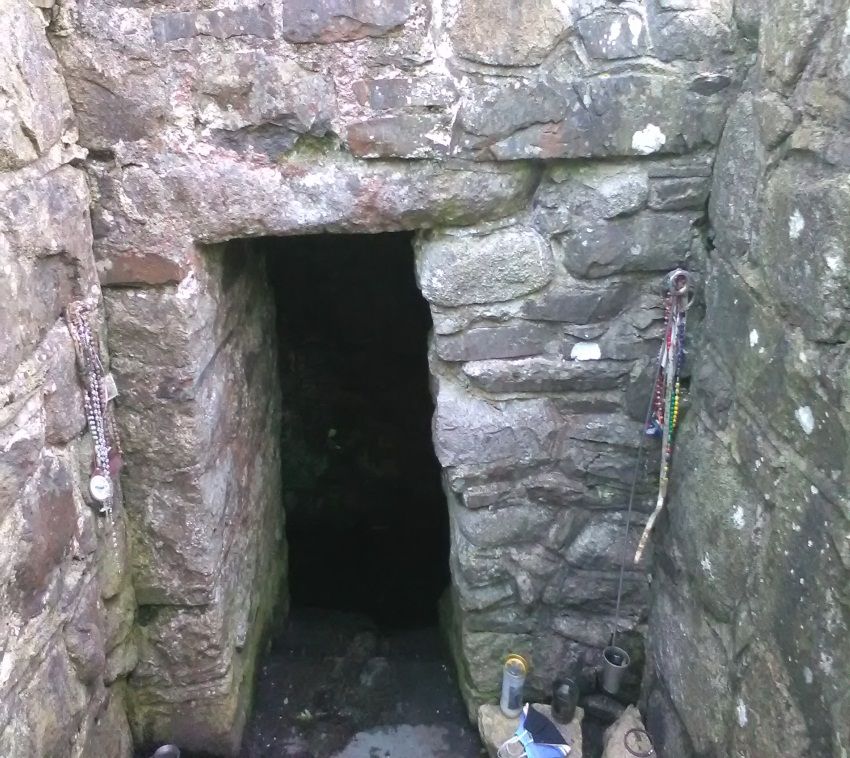 Today some people honour St.Brigid by taking part in a pilgrimage walk from Faughart to Kildare town. Many churches throughout the country still bear her name. She died in 525 AD at the age of 75 it is said. Very appropriately she lies buried in Downpatrick in the company of the man from whom it is said she gained great inspiration, St. Patrick. St.Columcille makes up the three patron saints of Ireland. He in turn lies there. 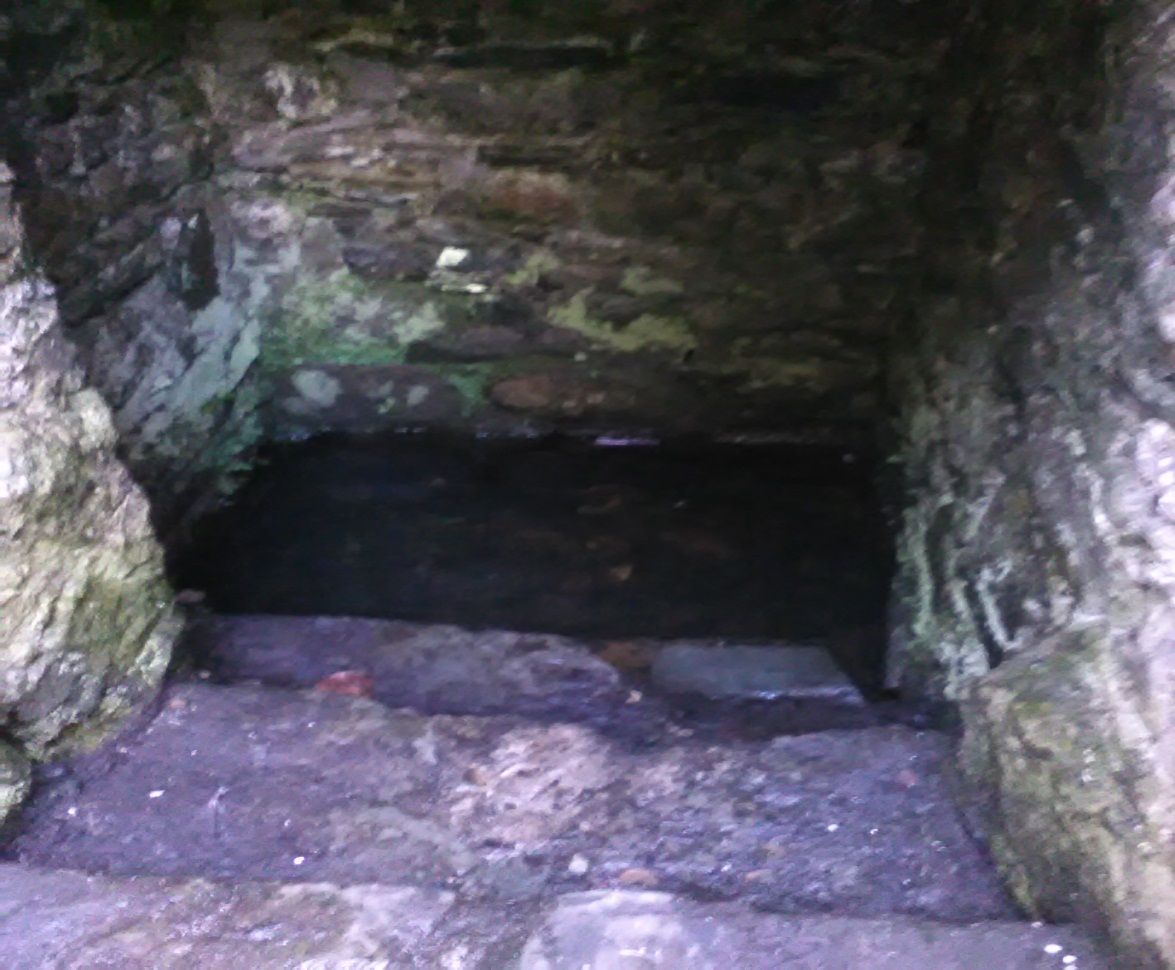 "I would like an abundance of peace."
(A quote attributable to St.Brigid.)

Edward Bruce brother of Robert, king of Scotland arived in Ireland with a force of 6,000 men in 1315. Within a couple of months of landing he had taken the town of Dundalk. He was initially joined by some members of the Gaelic chieftains. Edward’s foray into Ireland might not have met with any great disquiet from his brother as he viewed him as being a potential threat to his own position as king of Scotland. To undertake such a feat of transporting such a large number of troops and horses by boat in the 14th century was no mean feat. While initially proclaiming himself as king of Ireland, Edward never succeeded in cementing his credentials, as during his three year sojourn in Ireland he was met with opposittion from the Anglo Norman forces present in the country at that time and to a lesser extend perhaps by the reluctance of a sizeable number of Irish chieftains to rally to his cause. Furthermore, the famine that would inflict upon a sizeable portion of Europe great devastation,would also play havoc with Edward’s forces in Ireland.

The rationale behind the venture stemmed from the fact that the brothers were engaged in a prolonged struggle with England. The Bruces having seized the throne of Scotland then turned their attention to Ireland. It is said that it was somewhere along the coast of Antrim that Edward Bruce’s forces landed. He initially attacked Carrickfergus and laid waste to the town . However, he would find Carrickfergus Castle a more problematic obstacle. The castle was well defended and equipped. Bruce subsequently laid seige to it. It was this delay that allowed Dublin forces to muster and would ultimately lead to Bruces defeat.  Controversially it is argued that Bruce was crowned King of Ireland at Faughert in 1315. However, what is not contested it appears is that it was again at Faughert that he would meet his death in 1318. Thus it was that this chapter in Scotland’s history and indeed in Ireland’s, that  would prove a bridge too far for the canny Scot.

Edward had threatened Dublin at one stage during his three year sojourn in Ireland. However, the citizenry set fire to a section of the town around the Thomas Street area which quickly got out of control.This had a huge effect on Edward and Dublin was subsequently bypassed. Despite this, great destruction was carried out by the marauding Scots with a number of towns torched it is said. Hunger and famine were the other defining ingredients in Edward's failed attempt to conquer Ireland. The hoped for Gaelic Rising didn't really materialise and Edward's head would later be dispatched to England. 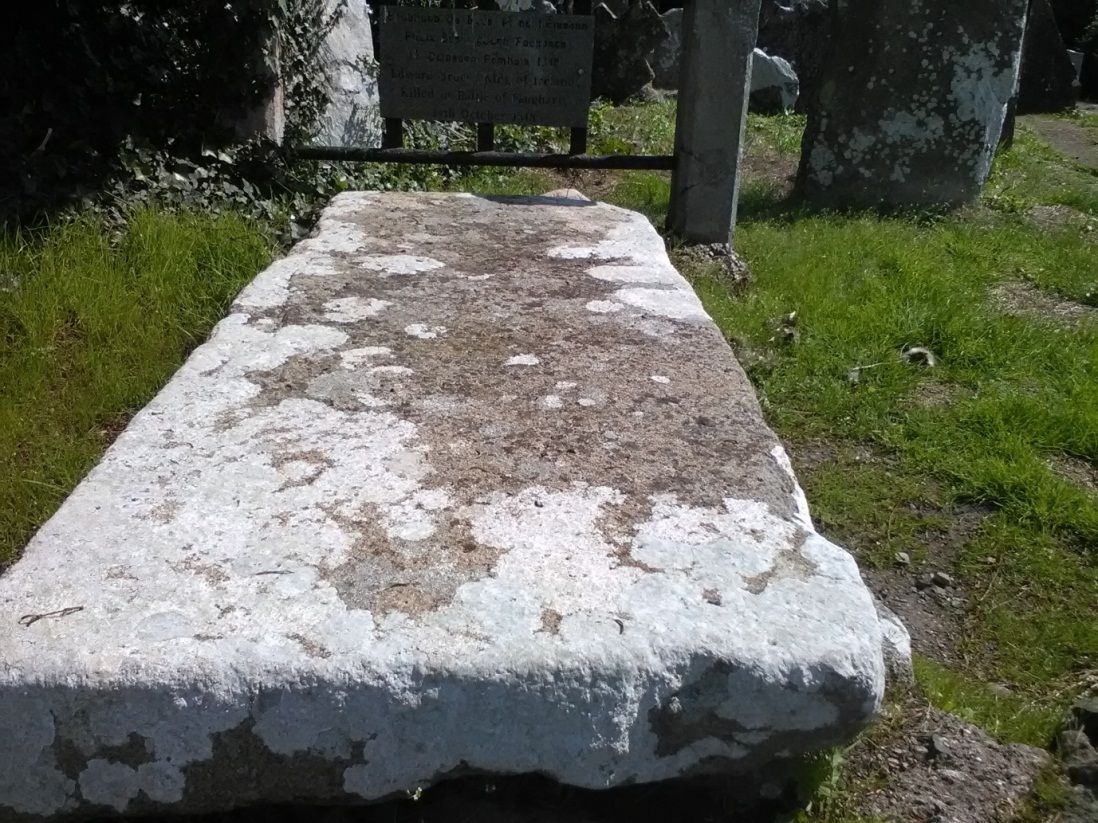