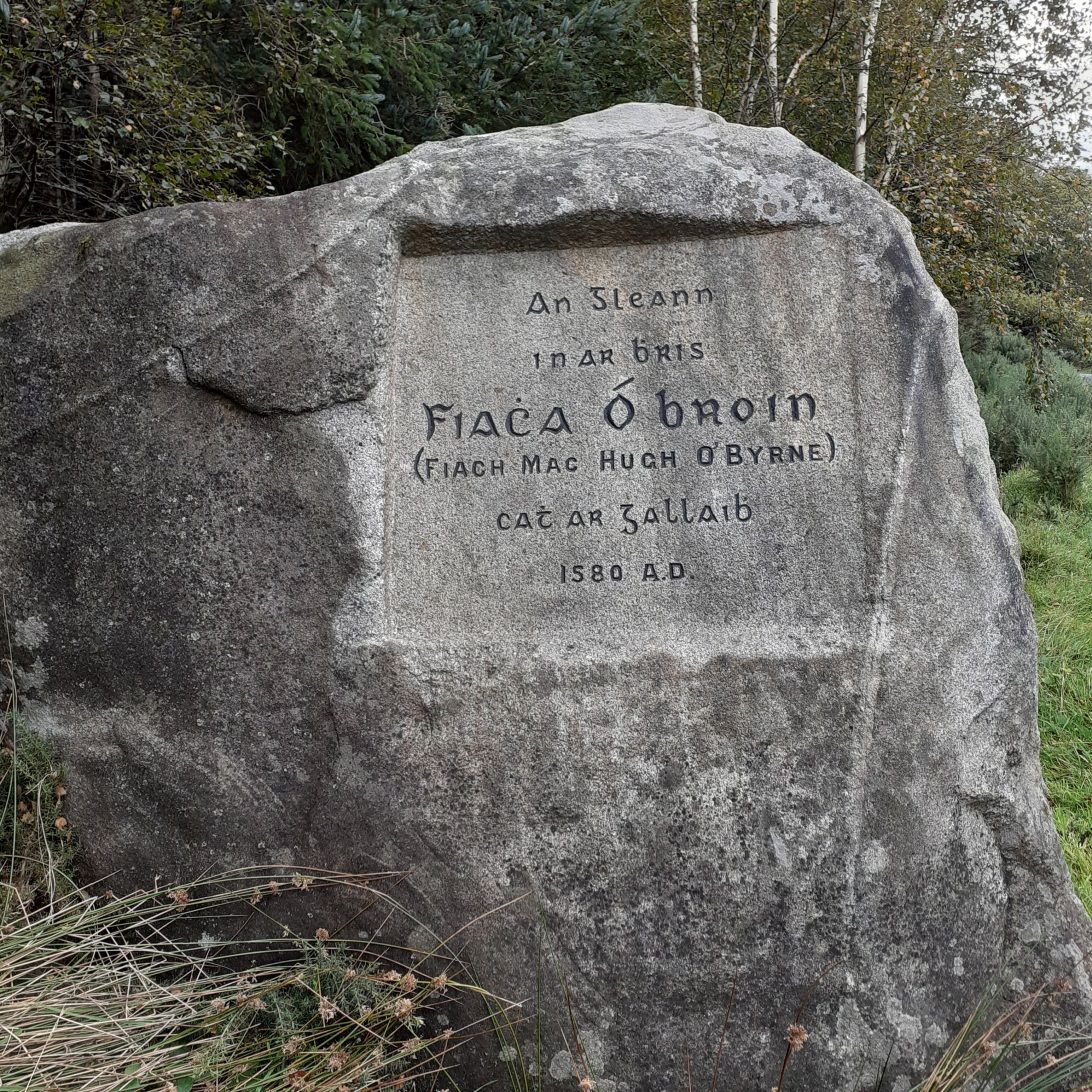 A visit to Wicklow is always memorable. The “Garden of Ireland” as it’s also known is always inviting, its colours, contours and mountains leave an admirable impression. It has always been an escape route for Dubliners wanting to escape the daily grind of modernity. Being in close proximity to the Big Smoke, Wicklow is always appealing but its beauty is perhaps its greatest appeal. It has of course many other attributes not least of which is its historical connectivity with the story of Ireland. Many of Ireland’s leading protagonists in the field of rebellion came from here; others found fame in the area of pioneering while others still left their eternal footprint in their ecclesiastical endeavours. The path of politics looms large in the story of Parnell while many people today roam its many tracks and trails in search of solitude, serenity and silence. Others wish to follow in the footsteps of those who made Wicklow famous as a refuge and place of retreat, in the military sense that is. This chapter in our journey through Wicklow takes us to Glenmalure, a valley in this isolated part of the county steeped in history and blessed with majestic scenery.

In this overview of Glenmalure we will look briefly but primarily at the life of Fiach MacHugh O’Byrne who gained a certain degree of fame or notoriety in the story of Glenmalure. His exploits and daring did leave a legacy to which people still pay homage. Historians wax lyrical about his adventures while bards commemorate his deeds though the great medium of song. Michael Dwyer would also fall into that category but it is to O’Byrne that we will concentrate in our short story. He made a significant impact and was a thorn in the side of the forces that ruled Ireland at the time. Indeed we go back in time to the 16th century and an Ireland still not fully colonized. But where did the O’Byrne’s hail from and why were they so feared?

The origin of the name Byrne or O’Byrne can be traced back to the 11th century and King Bran of Leinster, according to Grenham (2011). The clan in turn can be originally traced back to Co. Kildare but the Norman invasion in the 12th century would ultimately force the family to flee to Co. Wicklow in the 13th century. The O’Byrne’s would form close ties with another clan called the O’Tooles. Dublin Castle which became the operational centre of English activity in Ireland would be frequented over time by the clans in the form of cattle rustling, a fate also visited upon the archbishop of Dublin. The ‘Pale’ which encompassed most of Leinster at this stage didn’t include Wicklow. Thus on the doorstep of Dublin you had an outpost totally opposed to foreign rule. This was an acute embarrassment for the then authorities. Measures would have to be taken.

A sign perhaps of what was to come had occurred in the 14th century when Black Adam O’Toole was burned at the stake for heresy for allegedly announcing that the gospel was merely a fairy tale. This was subsequently recognized as being politically motivated. The event took place in the precincts of what is today College Green. It was then called Hoggen Green. The archbishop of Dublin was allegedly behind the fabrication. The previous twenty years had been spent cementing English rule in Leinster and plans were in train to turn Wicklow into an English style county.

Events leading up to the rebellion had been hugely problematic for the Gaelic chieftains with many seeking to reach an accord with the authorities having grown weary from continuous confrontation with the powers in situe but also from the subsequent quarrel between the O’Byrne’s and the O’Tooles. James Eustace, the third viscount of Baltinglass whose family had always been associated with buttressing the Pale against the Gaelic Irish, was deemed a traitor. Of the old English Catholic settlers, he considered the Reformation to be detrimental to their interests and aligned himself with the Gaelic chieftains. The bad lands of Wicklow, the stronghold of the rebellious Gaelic families would have to be tamed. 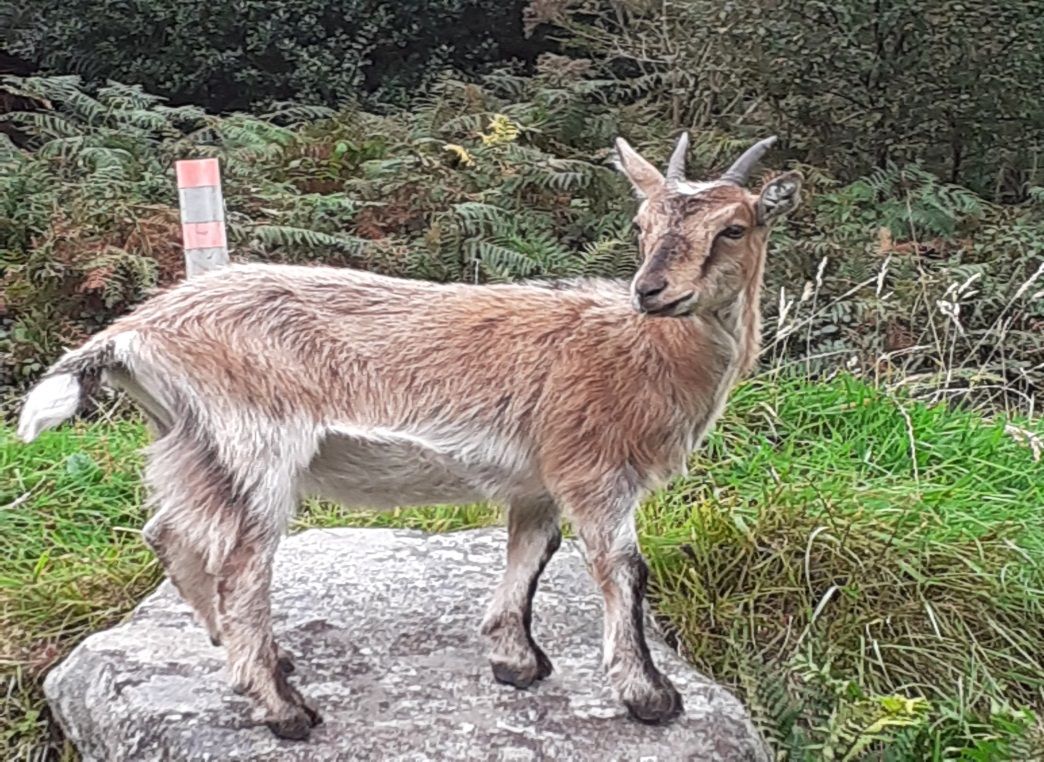 Other notables from Irish history are also associated with O’Byrne’s refuge at Glenmalure. Chief among them is of course the story of Red Hugh O’Donnell who was sprung from Dublin Castle in 1592.He was accompanied by Art O’Neil who alas didn’t survive the ordeal along with Henry O’Neil. This event took place on 6th Jan.1592 according to Cowley (2015). For the last number of years this event is remembered by the staging of the Art O’Neil Challenge emanating from Dublin Castle to Glenmalure. Art alas perished and Red Hugh lost several toes to frostbite. Cowley (2015) relates to the hardship that these men must have endured and puts it in context when comparing with what modernity now provides walker/hikers. When one conjoins this with the actual events of 1592 then perhaps you can argue that you are indeed walking through history.

However, a seismic event took place in Wicklow in 1580 which would catapult the Gaelic dimension in what became known as The Baltinglass Rebellion. There were equally a number of other dimensions to the unfolding events. The pinnacle from an Irish perspective was Fiach MacHugh’s victory at Glenmalure. This was also the period of the Counter Reformation and while James Eustace the third viscount of Baltinglass appears as the main protagonist behind the rebellion, which had religious connotations, it was the Gaelic chieftains that were according to McGinn (2004) the real influence behind the revolt. Indeed, McGinn (2004) is adamant that it was O’Byrne in particular who emerged as the real leader of the rebellion and who inflicted one of the greatest ever reversals to English military involvement in Ireland at Glenmalure. 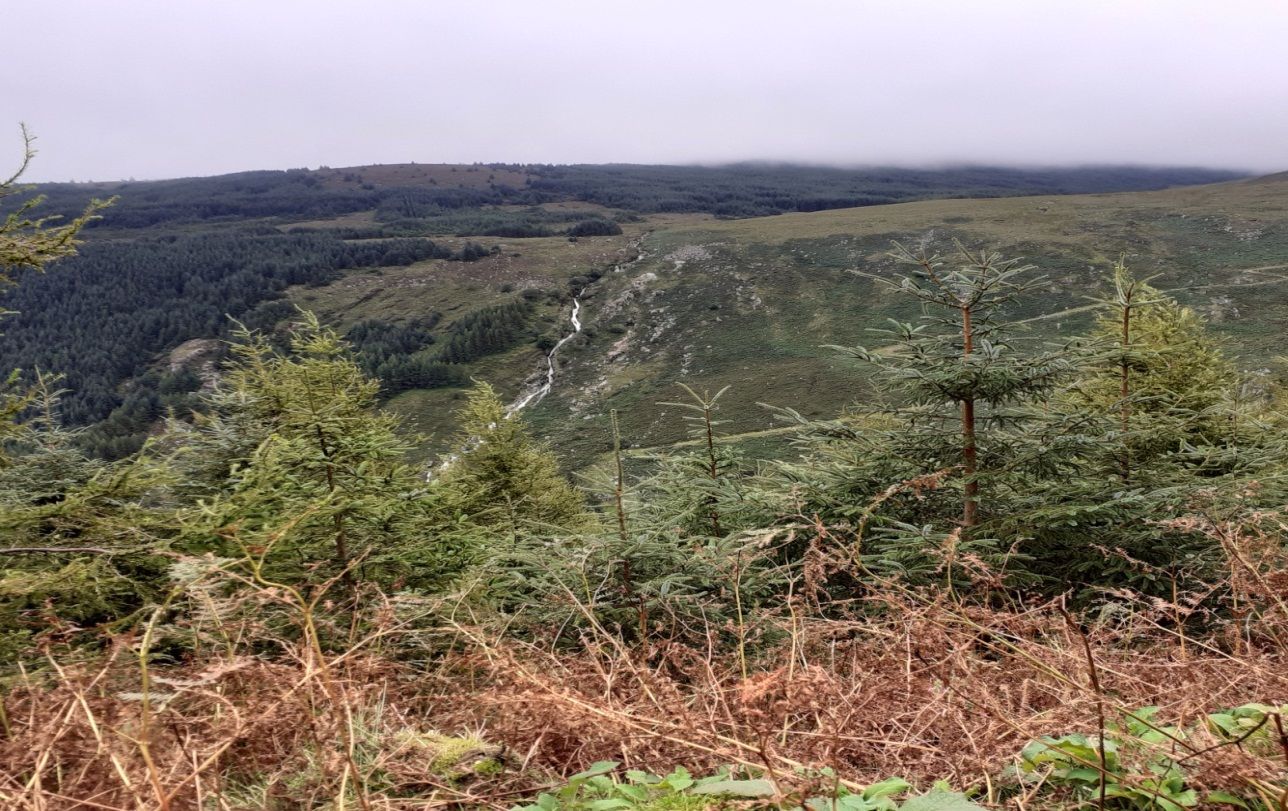 Arthur Grey was given the role of bringing Fiach to boot thereby giving English forces the opportunity to deal with the outbreak in the South without having to fear attack from the rear. Grey had been appointed Lord Deputy to Ireland. Despite the advice of senior military commanders he marched his troops into the unyielding terrain of Glenmalure where the Irish lay in wait. Fiach’s men were secreted under the cover of the forest canopy and were able to snipe at Grey’s troops regardless. Ultimately they routed his men and engaged in hand-to-hand combat with the fleeing soldiers. It is estimated that Grey lost somewhere between 600-900 men. This episode alone enhanced Fiach’s reputation among the Gaelic population one suspects and instilled fear into the opposition. O’Byrne earned the sobriquet ‘Firebrand’. He also carried the papal standards into battle thus aligning himself with the Counter Reformation endeavours that were emanating from Europe according to Lawlor (2013). Thereafter for a time this part of Wicklow became known as ‘ O’Byrne country’. Despite the initial success of the rebellion it was to be short-lived. Indeed in April 1581 O’Byrne’s stronghold at Ballinacore was taken by English forces. However, this was only a temporary setback. Due to the remoteness of the area it wasn’t possible to secure the camp and O’Byrne retook it within the year according to Lawlor (2013) He would remain a thorn in the side of the establishment until his death. 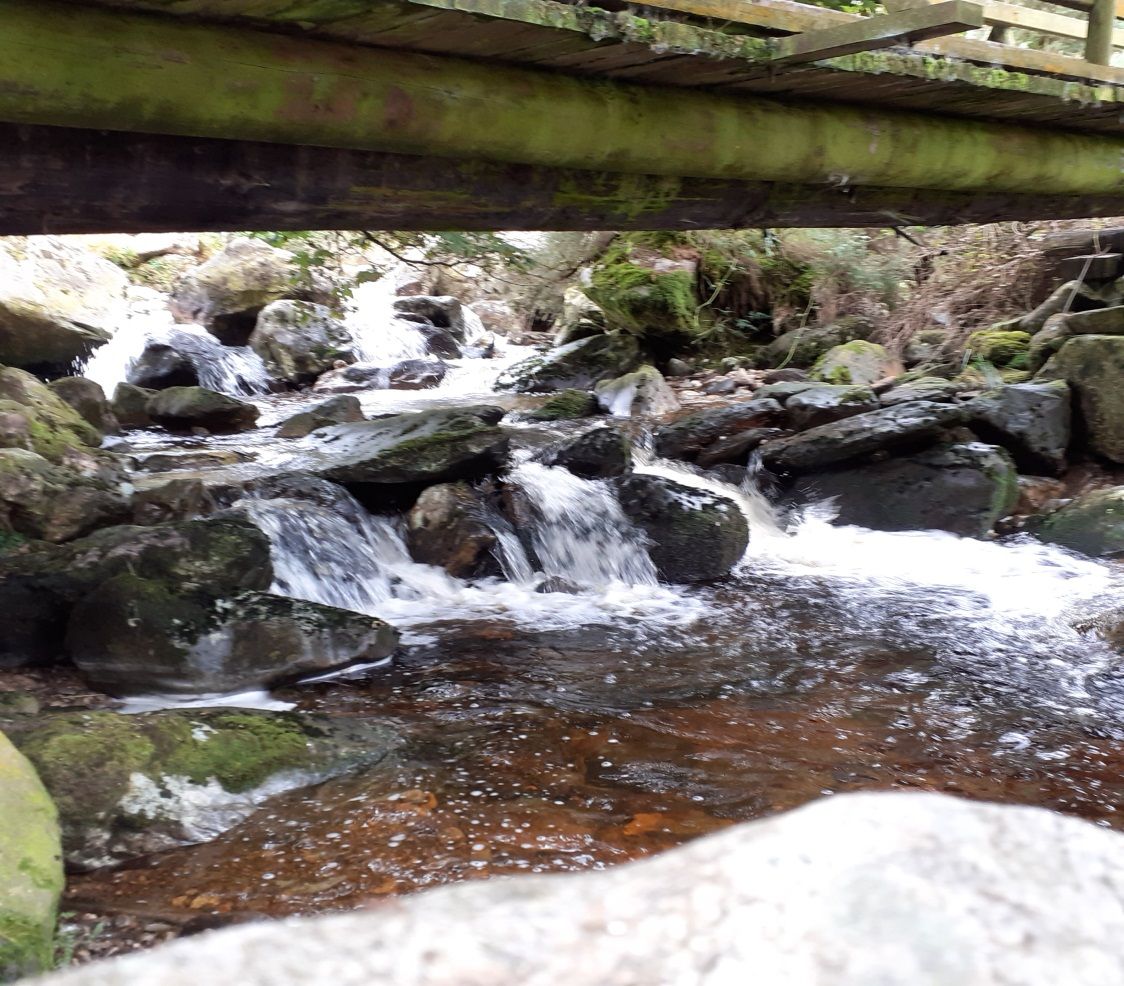 In his article review of Maginn’s: “Civilizing” Gaelic Leinster, Crawford (2006) points to a number of issues that were impacting on unfolding events. As he paints it, the English attitude to the Wicklow situation was one of appeasement with the offer of surrender and regrant. This was a policy whereby Irish chieftains could maintain their lands, receive a title in some instances from the authorities and maintain a degree of control. In return they had to surrender their lands in the first instance and pay for the privilege indefinitely of their lands been returned to them. There were also convulsions in Munster with the return of the Earl of Desmond who engaged for the second time against English forces and the on-going intransigence of O’Neil in Ulster during the 9 years’ war. 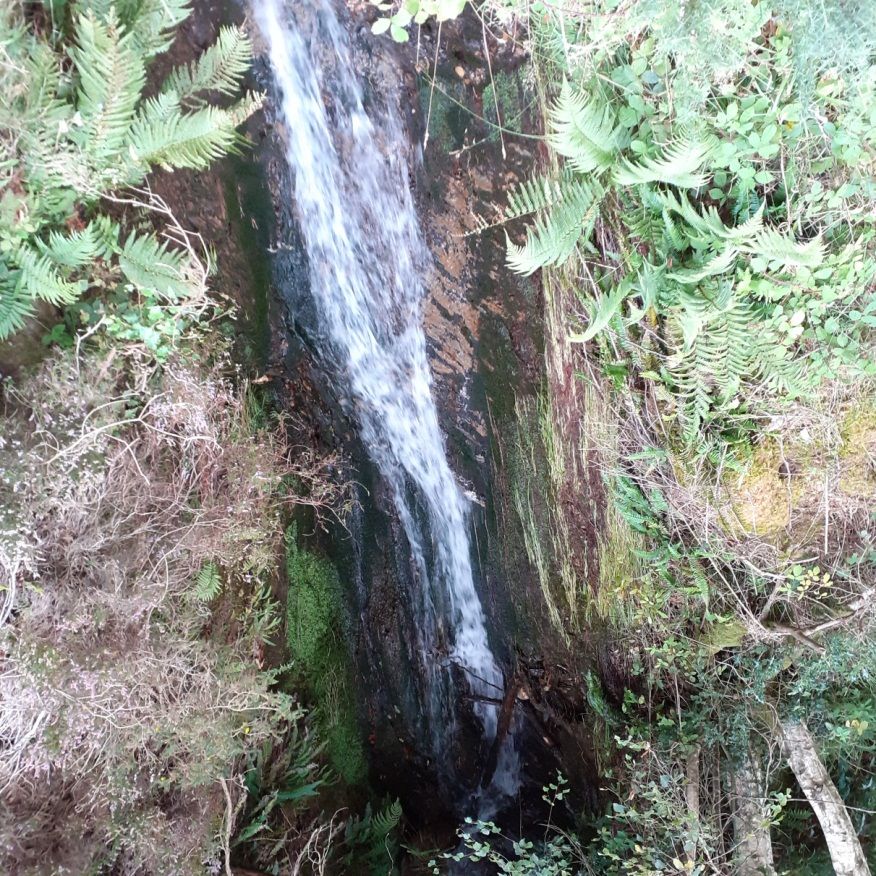 In 1594 there was a coming together of the O’Donnell’s and the McGuires. In 1595 they were joined by Hugh O’Neil, the same year in which O’Byrne was declared a traitor with a price on his head. In 1596 he joined in the confederation. The potential success of this latest rebellion was prefaced on the landing of a Spanish armada but this didn’t materialise and English forces went in pursuit of O’Byrne again. On the 7th of May 1597 according to Lawlor (2013) Fiach MacHugh was discovered in a cave in Glenmalure and was put to death. By O’Byrne’s final year (1597) he had been identified as the chief rebel in Leinster by the Lord Deputy Russell according to Lawlor (2013). Despite the fact that over the course of his travails with the colonists during which time he received several pardons it is said it was in 1597 that the aging Fiach would meet his death at the hands of Russell’s soldiers. Hacked to death with his own sword, his body was dismembered; his head dispatched to London and his torso was displayed on the gates of Dublin according to Ó Donnabháin (1995). Such atrocities were the norm it appears.

In this brief overview we have attempted to look at the events of this tumultuous period in Irish history that would eventually climax in the Flight of the Earls. Wicklow would become subservient as did the other counties that made up the Pale in the near total colonization of Ireland. Today Glenmalure is a place of quiet pilgrimage and reflection on Ireland’s troubled past. Walking in the shadow of the valley it is hard not to be touched by the valour and sacrifice of the people who endured so much for the idealism of their beliefs from whatever perspective. In terms of revolutionaries other figures are perhaps more commonly regarded as being part of the Irish narrative of Rebellion but O’Byrne’s place has been immortalised nonetheless. Fiach MacHugh has given the word…Follow me up to Carlow. 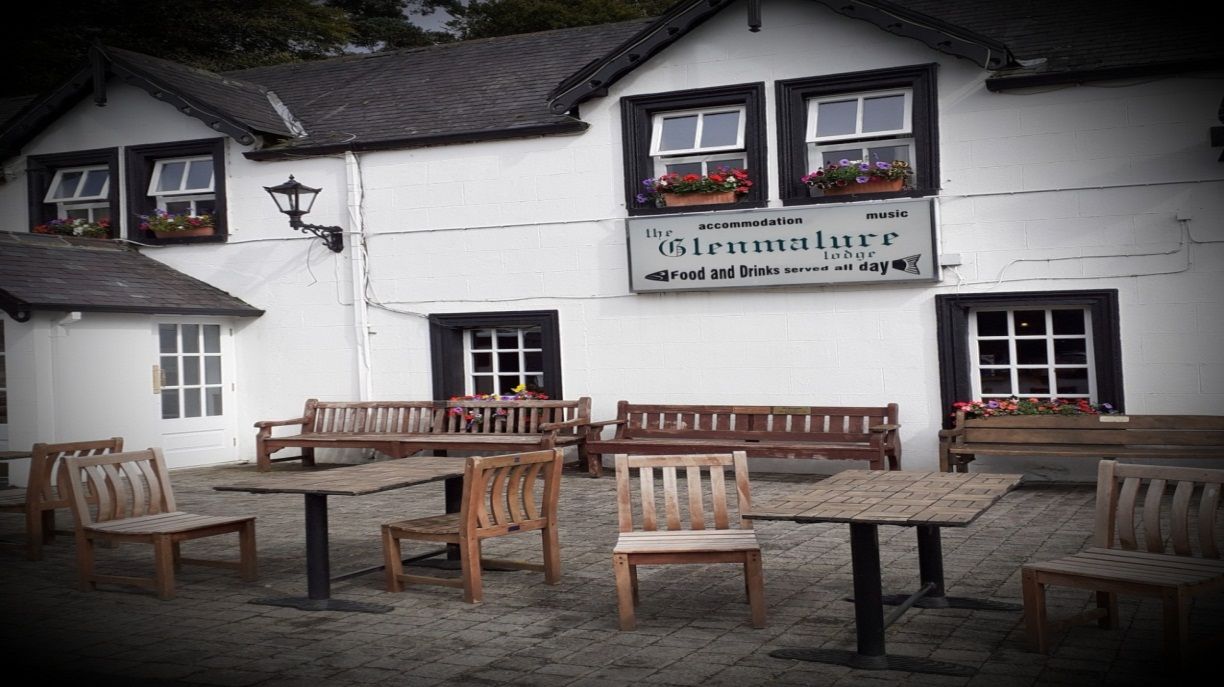 McGreevy R. (2020) Archaeologists are ‘quite sure’ they have found Red Hugh O’Donnell’s burial place. The Irish Times, Dublin, Ireland.

Palmer P. (2007) “An headlesse Ladie” and “a horses loade of heades”: Writing the Beheading. JOURNAL ARTICLE Renaissance Quarterly. Vol. 60, No. 1 (Spring 2007), pp. 25-57.Cambridge University Press on behalf of the Renaissance Society of America