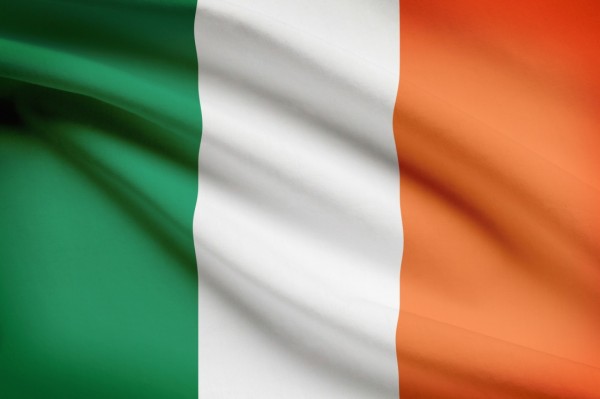 The flag of Ireland reflects the traditions that make up the diverse communities that inhabit the island of Ireland. In all its complexity Irish history is perhaps best personified with respect to its flag by generations of its people who sought to promote harmony between the disparate factions on the island. This perhaps can be best measured by the noble attempts to fashion a fusion of friendship between diametrically opposed traditions. Some have called it ‘The flag of Love’ others have poured scorn on it and ridiculed its intentions. There is no doubt however, that while it flies in the face of a political uncertainty that tears at its relevance, the significance of the white segment of the flag stands proud for all to see. It is the cement in the building blocks of Orange and Green; indeed the foundation stone one could argue. Interestingly it is worth recalling it has a French connection.

In April of 1848 as outlined by Niamh O’Sullivan in her excellent book ‘Every Dark Hour’, a history of Kilmainham Jail (2007) she recalls the journey to France by a delegation from the Young Irelanders ( a revolutionary group ) led by T.F. Meagher in April 1848. By all accounts the journey undertaken was in order to congratulate the French people on the establishment of their Republic. It transpired that a group of French women presented Meagher with a gift of a tricolour in green, white and orange made from silk. Shortly thereafter on the 15th.April 1848 to be precise, Meagher in turn presented the flag to the people if Ireland. It was first hoisted in Waterford city in 1848 by Meagher. He waxed lyrical about the significance of the white in the centre as a symbol of a lasting peace between the Orange and Green. In a sea-change that was occurring around Europe at that time which saw Kings and Emperors toppled, Meagher’s vision was for Catholics and Protestants to come together to fight together for Irish freedom.

The flag has indeed weathered many storms. Whether one aspires to the ideals of people who gave everything for idealism; whether one agrees with the sentiment of what nationality implies, it is always the aspiration of the many perhaps that looks to find an identity borne on noble intent not on divisiveness and rancour. We celebrate this year it’s 170th birthday. It is to be hoped that the following 170 years will see a union of united purpose where all rights are respected and whereby as someone once famously said 'we learn how to share a piece of earth', or words to that effect.